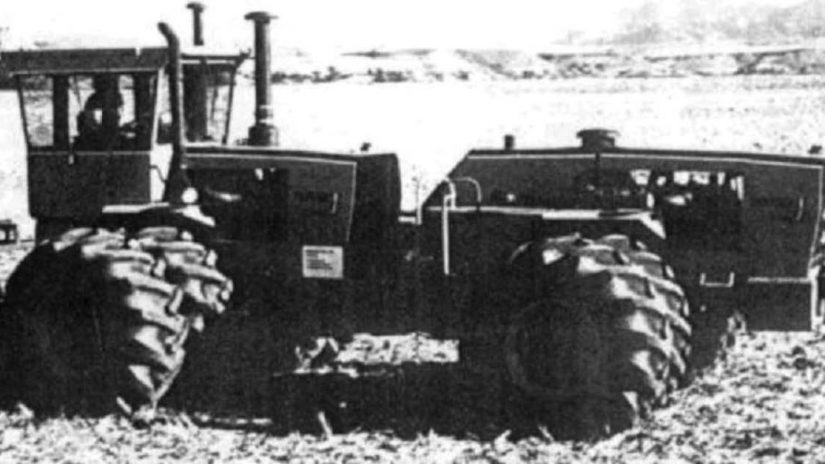 The Steiger Panther Twin ST650 was largest series III model. In 1976, Steiger had a brief press release stating: “Currently a prototype, this giant and others like it may be a common sight in big-farm country in the next decade. Steiger’s Panther Twin ST650 is powered by two 3406 Caterpillar engines with a combined 650 horsepower; no production schedule has been established yet.”

The ST-650 toured the United States in the late 1970s, making appearances at major farm equipment shows. A well known Georgia peanut farmer made a campaign stop at the Steiger exhibit at Farmfest ‘76 to inspect the ST- 650. President Jimmy Carter waved to the crowds at the show from the cab steps of the Panther Twin.

The demand for big horsepower never materialized in the 1980s—most farmers of the time were happy with the 300 to 400 horsepower four-wheel drives on the market. Since the early 1980s, no one has seen or heard of the Twin Panther. The tractor was tested for a short time and appears to have been taken apart and no records have survived.

While the ST-650 never went into full production, its twin engine concept has lived on. Steiger has continued in modern times to experiment with the twin power plant concept to create field locomotion much like trains paired together on the rails to generate massive amounts of power for big loads. Unlike Steiger trivia: What was the largest series III model? the gangly ST-650 with a long front end, the modern design places the engine on a separate platform like an implement. In this way, the extra power unit hooks onto the four-wheel drive like an implement. An air seeder or chemical tank can be placed over the implement like a power unit combining power and efficiency working with large implements. Field locomotion may be the answer to producing 1,000 horsepower tractors and putting all the power to the ground.