Old Iron Garage is a true collaborative community, with content coming from every corner of the Old Iron community. Our contributors range from some of the most renowned experts in the industry to community contributors like you! 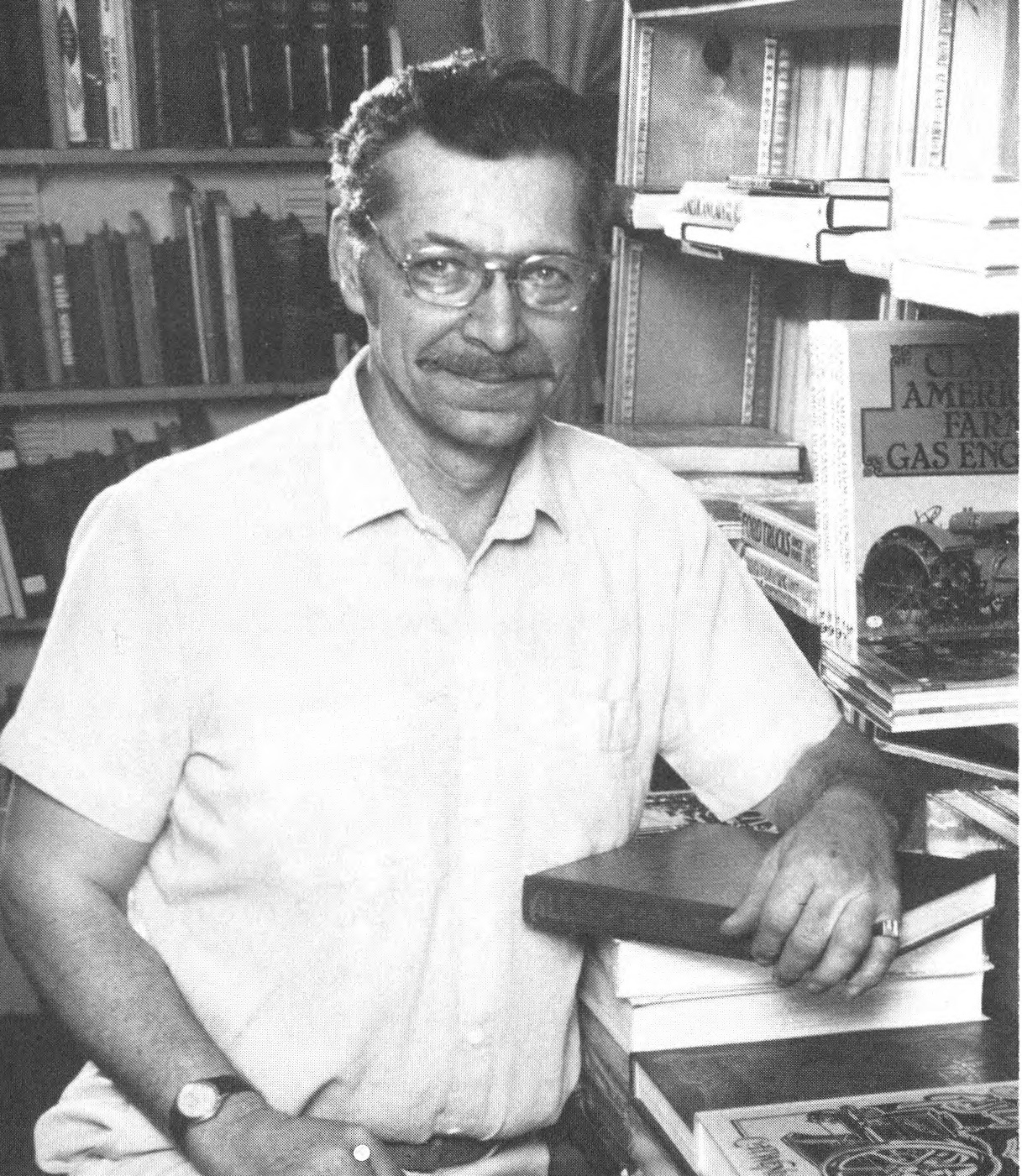 Within his foreword to the book The Allis-Chalmers Story, C.H. Wendel laments the formidable challenge before him: writing an in-depth history of Allis Chalmers, as viewed through the vast range of their products—from the Beach Sanitizer, a unique tractor-drawn machine, to the Betatron, the first X-ray used for the treatment of cancer. The challenge, according to Wendel, was the enormous amount of research required, and into areas which an agricultural historian, like himself, might be unfamiliar.

Wendel, however, was drawn to the unknown. At the time of writing that foreword, he actually had his own X-ray machine in his attic, one of his most prized possessions, hand-built by his uncle—a machinist by trade, but like Wendel, he was also an inventor, historian, collector, and engineer. Wendel made his living as an electrician, but like any true autodidact, he developed his own rhythm for learning. “There was never a dull moment in our house,” his son, Steve Wendel, remembers. There were boxes and boxes of books and a piano he taught himself to play and lessons for his kids. Lisa Seaba, Wendel’s daughter, remembers his living room chair, encircled by the stacks of books he constantly read and the little slips of paper he used as bookmarks.

Wendel’s love of reading and agricultural history likely came from his upbringing. “I think Dad’s love of reading came from his mother, Grandma Letha Wendel,” Seaba recounts. “She taught Dad to read before he began school.” Wendel grew up on a farm near Cedar Rapids, IA, where his father bred and showed Belgian draft horses, and up until the 70’s, farmed over 280 acres of organic corn with those horses alone. Today, there are halls of fame that bear his name. Like his father, Wendel valued self-made expertise–everything he undertook was done comprehensively.

During his life, Wendel published numerous books on agricultural history, among other specialized subjects, and his collection of literature for research relating to steam, gas, water, and electrical power would have been better described as an archive–the kind you might expect an institutional library to own. It was so large that its eventual dispersal required 10 auctions. You would be forgiven for assuming that a collection as comprehensive as his had been the product of several historians’ efforts–not merely one man. Wendel’s library included a virtually complete run of American Machinist, plus a complete run of Engineering, among rare German publications, such as Zeitschrift des Vereines Deutscher Ingenieure, of which he had an extensive run.

And these weren’t merely for display. Wendel taught himself to speak and read German, the language of his ancestors, so he could read these publications and the work of the theologian Martin Luther. Toward the end of his life—when his health was failing, his body was giving up, but his mind remained nimble until the end—Wendel’s Lutheran pastor, who could also speak German, would regularly visit him, and the two carried on long, private conversations about life, the work of Martin Luther, and faith.

To accompany his publications, Wendel took photographs that he developed in a dark room he made within a closet of his house. “Once he got into print,” Steve recollects, “it was everywhere—linotype, letterpresses, handset type. There were hundreds, thousands of drawers of print type.” It wasn’t enough to write deeply on agricultural history. Wendel needed to know how the type was created to print the words on the page, how chemicals and light might alter the composition of the photographs that illustrated his descriptions. Seaba believes that one of his greatest desires was to contribute to the legacy of the heritage of print. His presses and handset type are now on display within the Printer’s Hall exhibit at the Old Threshers Museum in Mt. Pleasant, Iowa–where people can still use them and learn about their history.

Why does one collect? Perhaps the penchant to aggregate and research is how we search for meaning. In order to live in the world one must find a way to grasp it and establish some kind of order in it. We are not alone in that endeavor. Others face the same problem. And it’s a gift that we can make contact with those others. This contact helps us talk about the world, order things, bring order into the chaos. We do that by naming things so that others know what we are talking about. We assemble and collect so we might remember and find others who do the same. At the bottom of the “About the Author” page in Wendel’s book, Nebraska Tractor Tests Since 1920, he includes his home address for readers, on the off chance someone might have relevant research they’d like to dispose of because “continuing research projects demand ever-increasing amounts of material in the form of books, magazines, catalogs, and literature pertaining to the agricultural and engineering industries.” He was also interested in receiving the comments of readers, and particularly interested in their corrections, the discovery of potential omissions. Publishing was not the end of any particular trajectory of his research; it was a bookmark–it never stopped.

He was Chuck to close friends, Charles to family, and C.H. to most, and we have created the Old Iron Garage with his spirit in mind–a desire to collect and share knowledge for the next generation of historians and hobbyists–and we are thankful that his family has allowed us to digitize and preserve his research for all old iron enthusiasts. 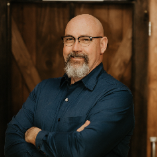 Brian had a successful 19 years as the Historical Equipment Manager for John Deere. He focused on milestone items, prototypes, futuristic products with his main focus being to preserve significant items of the company’s past.  Brian also managed the famous John Deere Collectors Center located in Moline, IL as well as the John Deere Historic Site in Grand Detour, IL. We are grateful for his time, effort, and knowledge he has given Old Iron Garage to help preserve agricultural history through old iron. 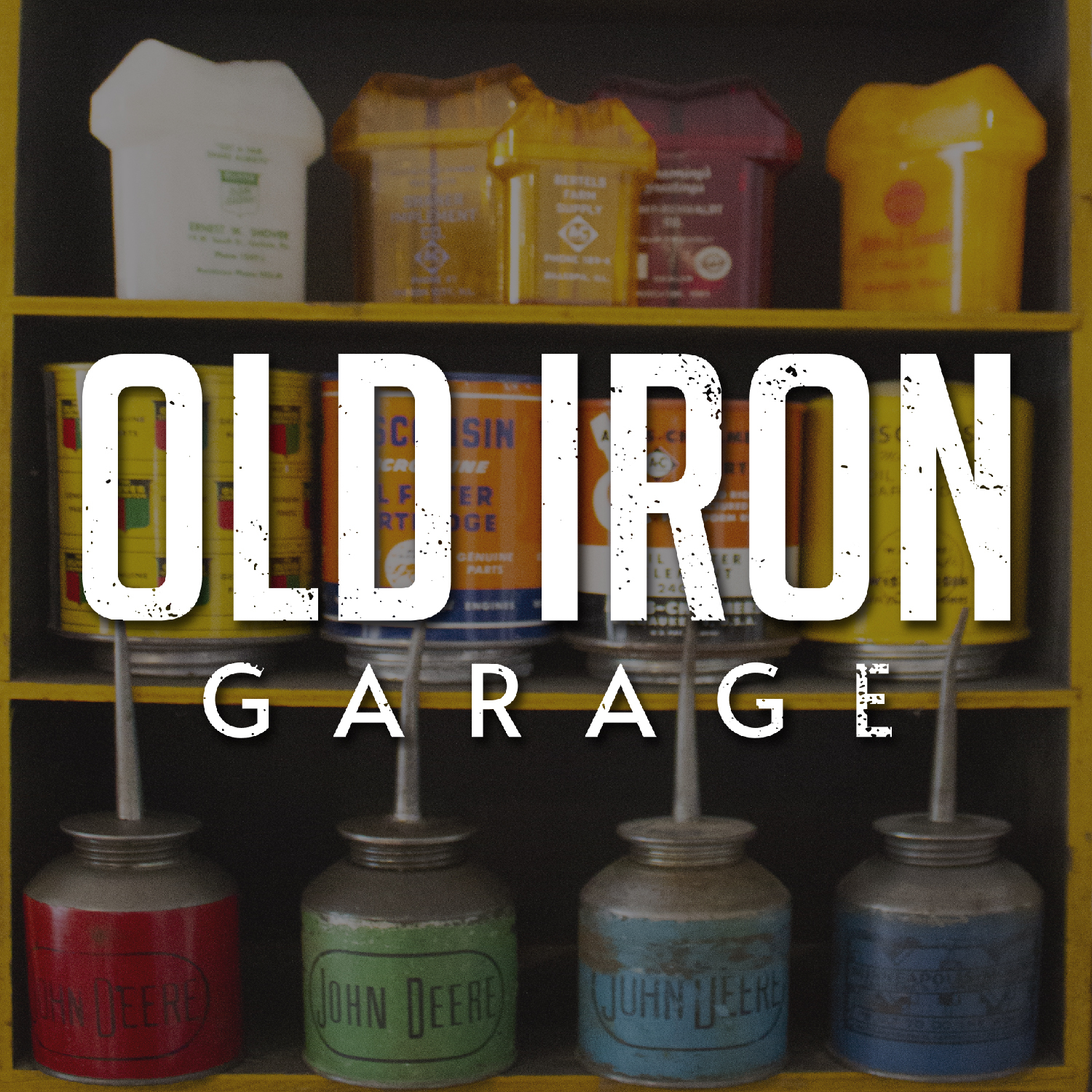 David spent much of 15 years creating, maintaining, and sharing his tractor registry “Steel Wheels Data” with us all. He spent these years traveling to shows, talking with fellow collectors, collecting auction data, and so much more to create this immense registry library. Old Iron Garage is working to preserve this information and keep it as up to date as possible. We are thankful for the time and effort David put into building the original registry and we want to continue to preserve this information and history for years to come.

So much of the content on Old Iron Garage comes from community contributors. Many of the photos, specs, and documentation in our database is submitted by collectors and enthusiasts like you! Below is a compiled list of our community contributors who have submitted content that was used on this site. We thank each and every one of you for your help in preserving the history of antique iron!

you can help preserve the history of old iron

The Old Iron Database is community driven and growing. If you have photos, literature, history, specs, or additional content to share, we invite you to submit using the contibute form and help us build this new world of vintage iron!