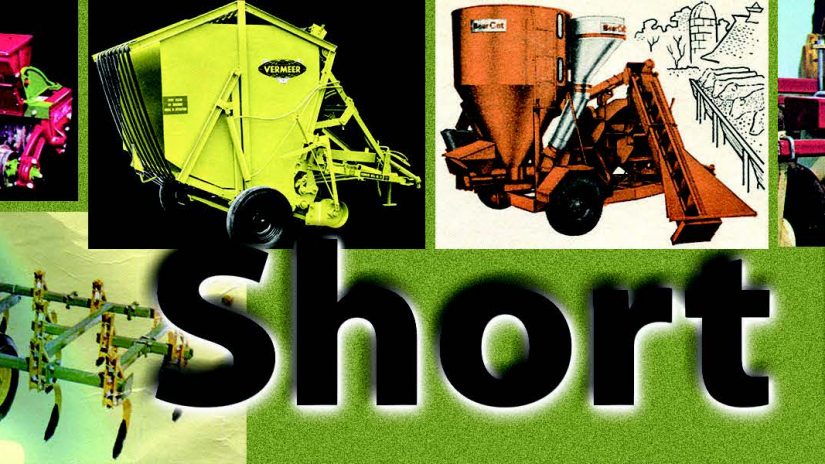 It always amazed me all the different products Southern Plow Company (SPCO) sold. In the 15 years I was there, we had in our catalog somewhere between 22 to 26 different companies we represented and sold for—there always seemed to be one or two items added or deleted every year.

The subject of this article comes from a SPCO catalog from the 1958 to 1963 era. As you will see, some of the literature is plain and others are in brilliant color as you can see. This catalog represents a time period of my life when I was 10 to 12 years old. That’s 12 or so years before I began working for SPCO. 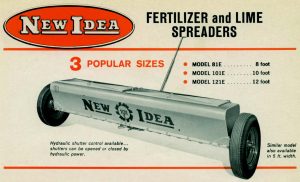 For the main selling items—like hay equipment, grain augers and elevators, seeders, manure and dry fertilizer spreaders, sod seeders, front end loaders and post hole diggers—it’s amazing that I learned something about each product to sell it.

I remember Dad bringing home a Mott flail mower built for home use. In the literature, you see a woman pushing this mower. The happy look on her face would lead you to believe it was a joy to operate! But as a 10 to 11 year old, that mower (with its heavy cast mower deck) was anything but easy! Notice the “large” wheels 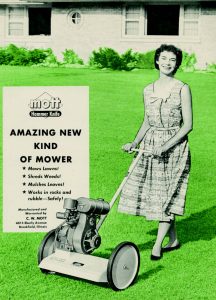 on it; you couldn’t have pushed it without those wheels, but the wheels also gave you another problem. Maybe because of my size, it was not centered well and became a constant balancing act as you mowed. (Wow! Just thinking about that wore me out!)

Mott built excellent and safe flail mowers in large sizes for commercial use that sold well to highway departments and golf courses. They were considered safe because the flail blades would go over stationary obstacles and wouldn’t throw objects out like a rotary mower.

SPCO sold a good amount of New Idea manure and fertilizer spreaders. But the brunt of the company’s sales were from areas where pull type corn pickers and picker shellers were used.

Black Welder gopher killers were made in California, developed by a college. Wow! Think about that in today’s frame of mind. That would be considered cruel and unnecessary treatment to an animal (especially in California). Heck, it could be fatal to an endangered species! 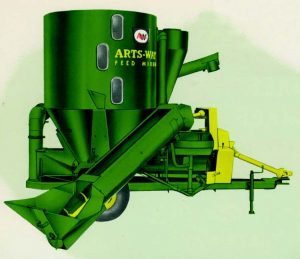 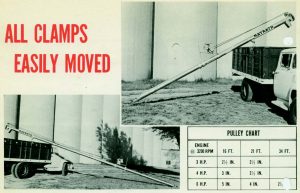 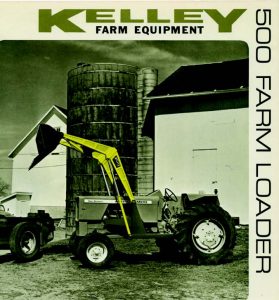 Another product that sold from the late 1950s and well into the 1990s was the Pasture Dream sod seeder. It was mainly used in the southern states for Bermuda pastures for winter grazing. With shank openers, it acted as a sub-soiler also. I guess you could call it an early example of no-till; no-tills today are primarily disc openers.

Peanut equipment was in demand in the Oklahoma, New Mexico and Texas areas. SPCO handled peanut combines, digger-inverts and dryers. In the 1960s, SPCO handled the Benthall combine; it wasn’t there when I started for SPCO. They also handled Long and Hobbs at one point in time. We sold, in the 1960s, peanut diggerinverters by Ferguson Mfg. of Suffolk, Virginia.

Speaking of materials, how did that product become ground for feed? You probably needed a hammer mill or grinder mixer to get the job done.

SPCO had those also—Arts-Way, Ford and Haban.

Another way to handle materials was the front end loader for your tractor. Ear corn could be loaded and placed into the hoppers of elevators to load bins. Another material could be handled and it was quite “messy” —manure.

CC Kelly and Sons of Mishawaka, Indiana made a great loader for those jobs. The Wichita sprigger was a tool used for transplanting Bermuda sprigs, which basically tied itself to hay related items.

When I started at SPCO, my first job was working in the office, doing mailings, sending out statements and literature, etc. I was asked to organize the literature room. It was like being in an old dusty, smelly basement closet. It had a lot of discontinued items that I was told to “throw out.” Wow, if I only knew what I do today—it makes me sick to my stomach! 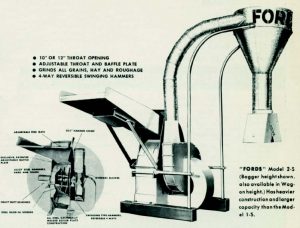 One item in that room sticks in my mind to this day. It was literature on “cream separators.” Before I threw them out, I was asking why they would be selling something like that. Of course, how else would a small farm process its own milk?

As much of a hoarder as I am (so my wife tells me, but it’s true), I’m surprised I didn’t keep some of that old stuff. SPCO sold a little bit of everything.

In a previous article, I wrote “Miracles do happen” and how a year or so ago, I came across some, of the oldest brochures (parts books) from the 1940s. One item was a Joilet corn sheller, which to me looks like a stationary thresher. In the very back of the catalog (1960 era) was listed Joilet shellers some 25 to 30 years after the items I found.

This summer (2019), I attended Classic Green Reunion in Nebraska. 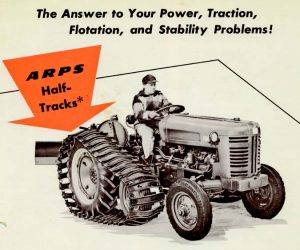 At the swap meet, I found some old Implement and Tractor magazines. One dated Sept. 7, 1957 showed ads from some of the items SPCO sold— Cardinal, Mayrath and Arps half-tracs.

I hope November and December were good to you and that you all have a great new year.