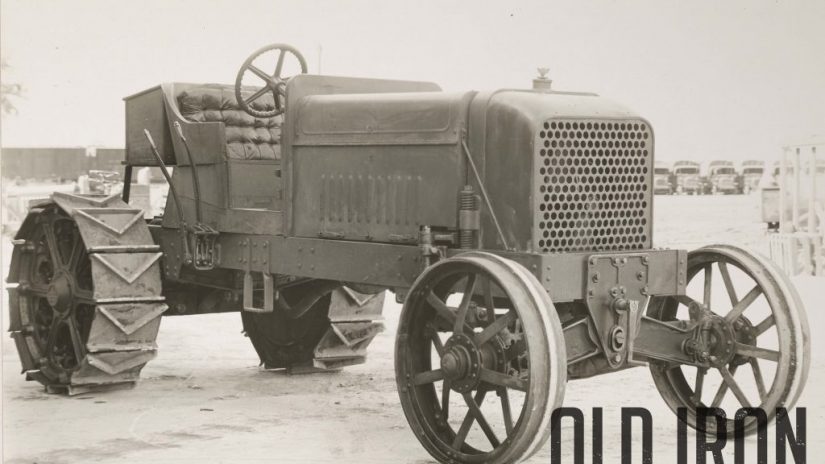 It’s doubtful any of these military tractors still exist. This tractor was built around 1919 by the Republic Motor Truck Company and is fitted with wheels by the P-T Wheel Company of America, Dayton, Ohio.

In 1919 Republic had already built thousands of trucks for the United States military. These “liberty trucks” were built for use in World War 1. By 1918 one out of every nine trucks was a Republic and became recognized as the largest truck manufacturer in the world.

What makes the Republic Military Tractor so innovative is the P-T Wheels. These wheels were patented by two Italian engineers in 1915.

The wheels operate similar to track-type tractors. The inner wheel has a series of compression springs that hold the track pads in place and allow flexibility over rough terrain. The design is such that the wheel always has continuous contact with the ground, creating greater traction.

This series of photos gives a great historical record of this forgotten tractor.