In this issue’s Truck Pages, we’re going to step away from the normal to look at a vehicle that leaves many of us in awe.

A couple years ago, while making a delivery to an iron ore mining area, I had what I would consider a “once in a lifetime” opportunity to view a mammoth mine production truck. It was under the condition that no fleet numbers, names or faces would be used. Rest assured, there was no hesitation on my part!

Iron ore is an iron-bearing, sedimentary rock dug from open pit mines. It is then crushed, making it possible to extract a concentration of iron particles. Those iron particles are then rolled into small balls, slightly smaller than a marble. Once processed, the taconite is shipped by rail to Great Lakes ports and on to eastern steel mills.

These trucks, and competitive models like them, are used in this case to haul iron ore from the mine to the facility where the ore is processed. The steel companies that convert ore to taconite own or lease thousands of conjoining acres in the mining areas, or “the iron range,” as people in the region refer to it.

How are these for specs? 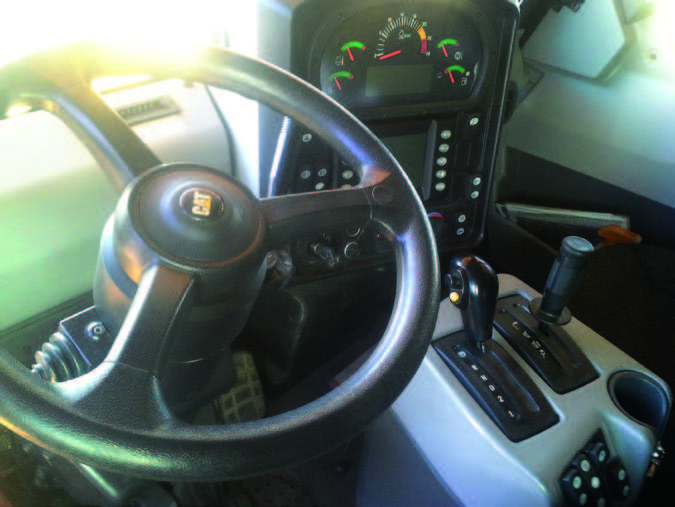 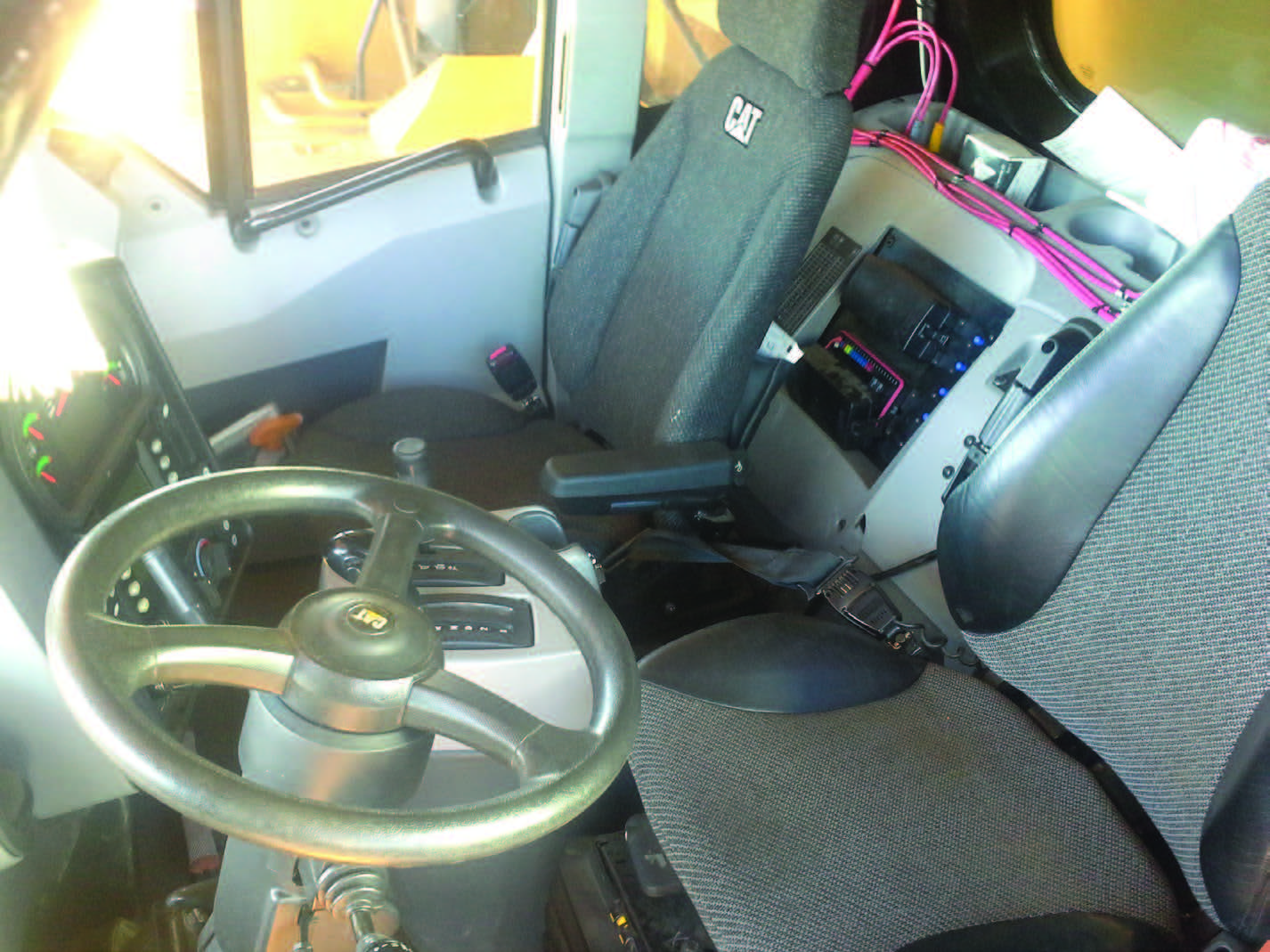 Other: Fuel tank capacity is 1,150 gallons or 1,300 gallons with the optional tank. The cooling system—257 gallons! And, if you want to change engine oil, it will take 70 gallons!

All that weight and this truck will still travel at up to 34 miles per hour!

As you look at this truck, everything about it leaves one in awe. Tires over twice a man’s height. A dump box that’s almost two floors high. Almost 20 steps up just to get to the platform and cab level. That large platform to walk across to the cab. And then—and then I was surprised. This huge machine, where everything about it said heavy duty monster, and yet when I looked into the cab, my first thoughts were Chevy S-10 pickup! It was much smaller than I would have guessed, but it appeared to be very comfortable and easy to drive. I’ve included some pictures of my own and one from a Caterpillar brochure that shows the control functions. 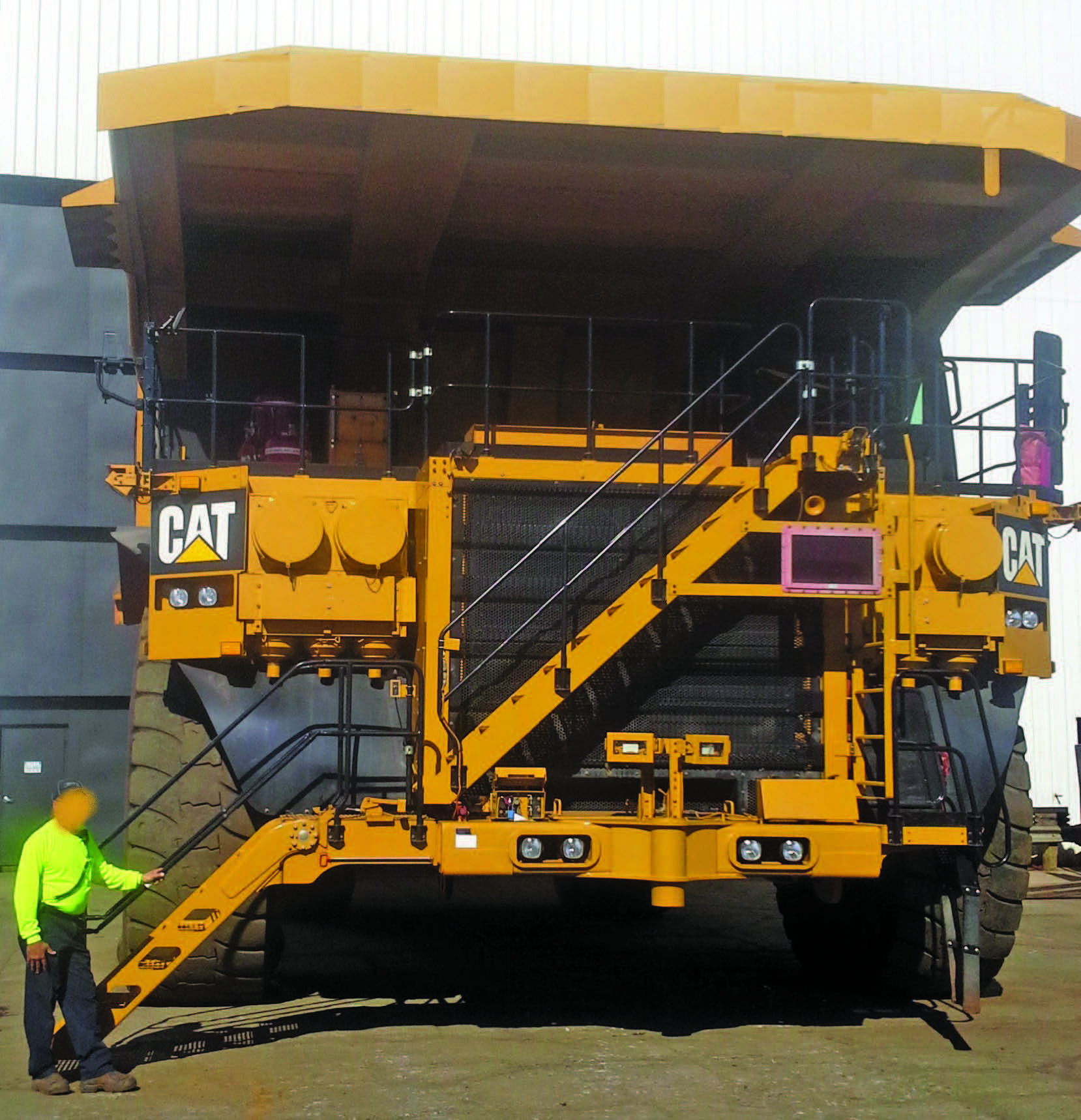 Like anything else, for the guy or gal who gets up every morning and puts in their eight hours driving one of these, it may become just the daily routine. But how many of you have already wondered what it would be like to operate?

Some 40 years ago and because we delivered to the iron ore mines in Minnesota and Michigan, the folks from the government who oversee such things came to our office and put on a certification class on mine safety. Even now, one of the things I remember most about that class was about what was referred to as “production trucks” and how dangerous they can be because of limited visibility. Production trucks drive only on designated “haul roads”—that would be the dirt roads that ran between the mine pit and the processing plant. They went on to explain that no one is to stop or park on a haul road and to only drive on them if crossing. Visibility was good in most directions, except to the right. With the driver’s line of sight and the large platform to his right, an object had to be at least 150 feet away from the truck before the driver could see it! I don’t recall the make of truck that was in that film back then, but it appears that this one might have the same visibility problem.

Our instructor then played a film showing a pickup truck that someone had parked on the haul road and then walked off to do something away from his pickup. Apparently unseen by the large truck, the film showed a white pickup crushed right down the middle all the way to the ground. I’ve always wondered if there was more to the story and if there was a driver out there still smiling?

Trucks of this size are used almost exclusively for mining operations. Because of the size, they are generally regarded as too large to move from one site to another as in construction projects. These units are hauled into and assembled on or near the same location where they will live out their lives. 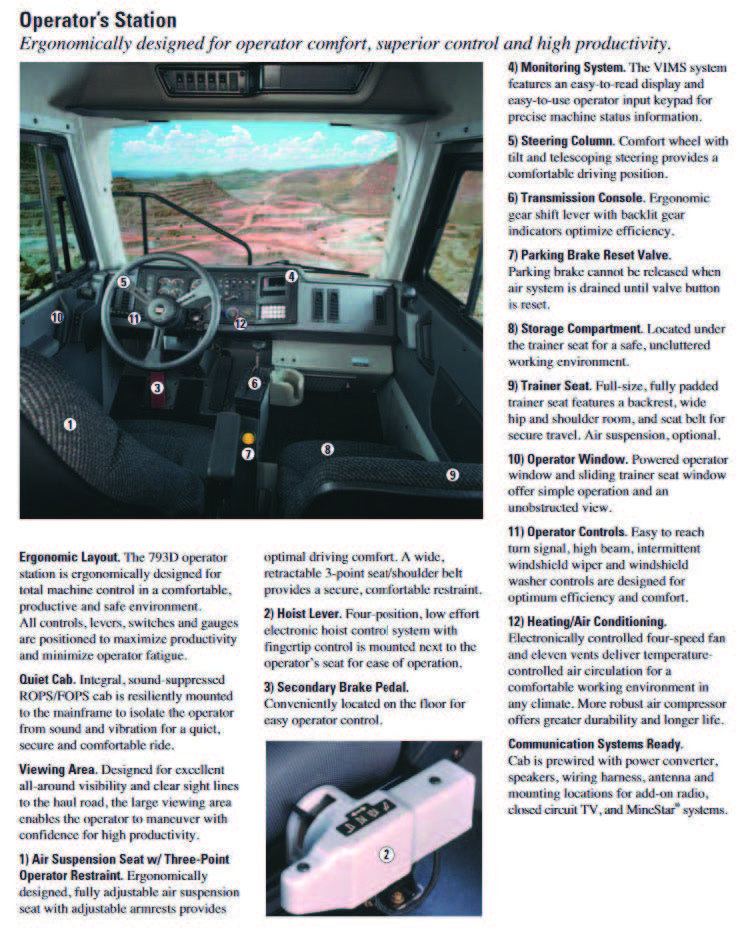 They arrive at the site via 10 or 12 semis, most oversized loads. The tires alone may be two, the radiator and engine

assembly another and so on. The dump boxes are often shipped in two halves, split down the middle, and also assembled on site. 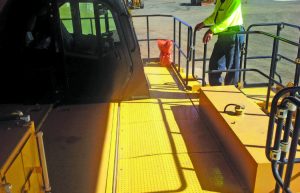