Hope you had a great 4th of July! And if you’ve had any grain crops, I hope that your harvest went well. As you know from previous articles, I am basically a hay related producer— mainly cutting and baling native hays on my property. Hay is in my blood from all the years with Southern Plow. 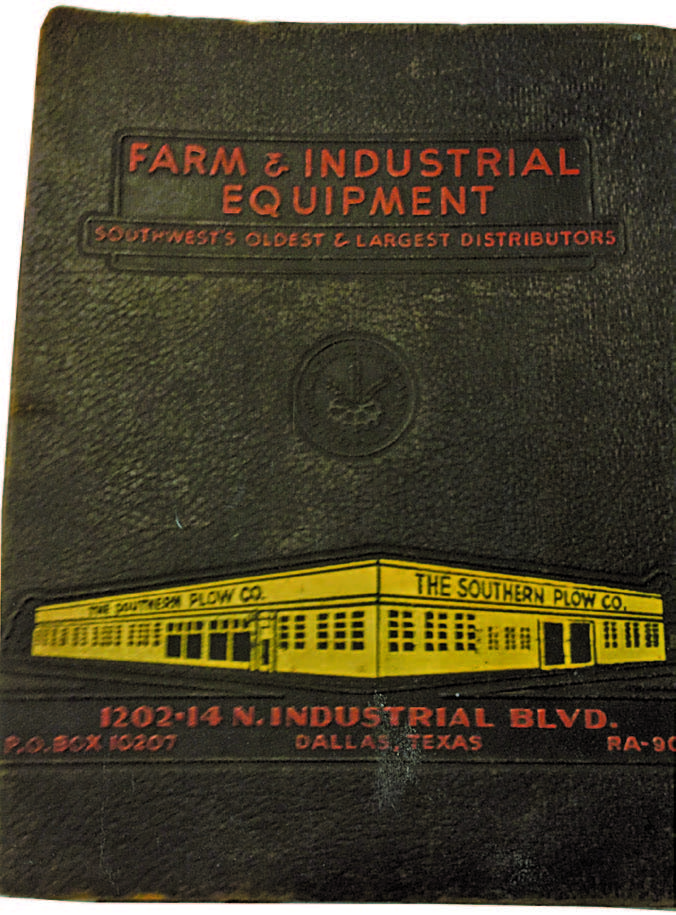 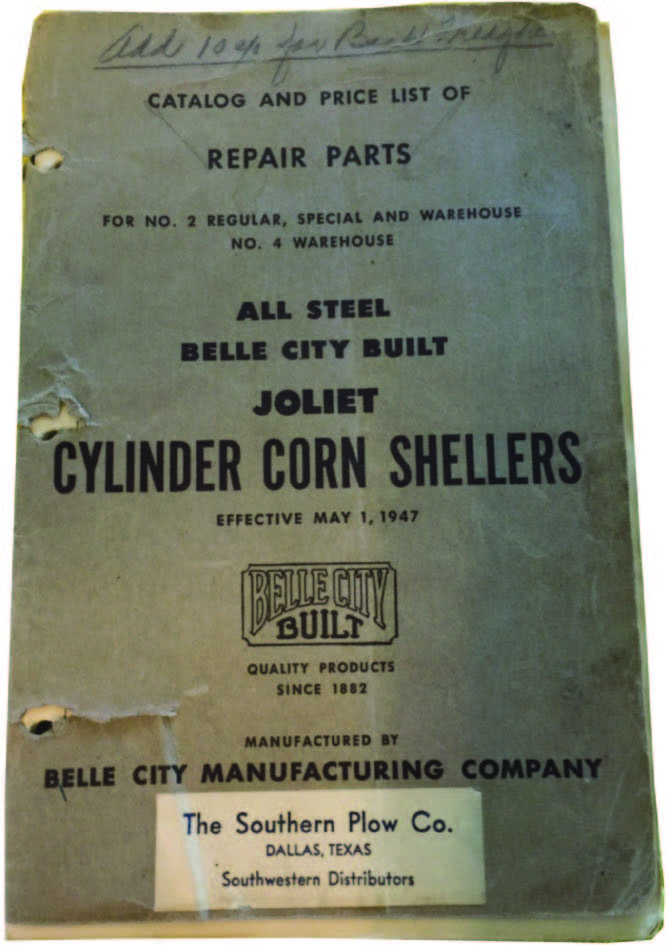 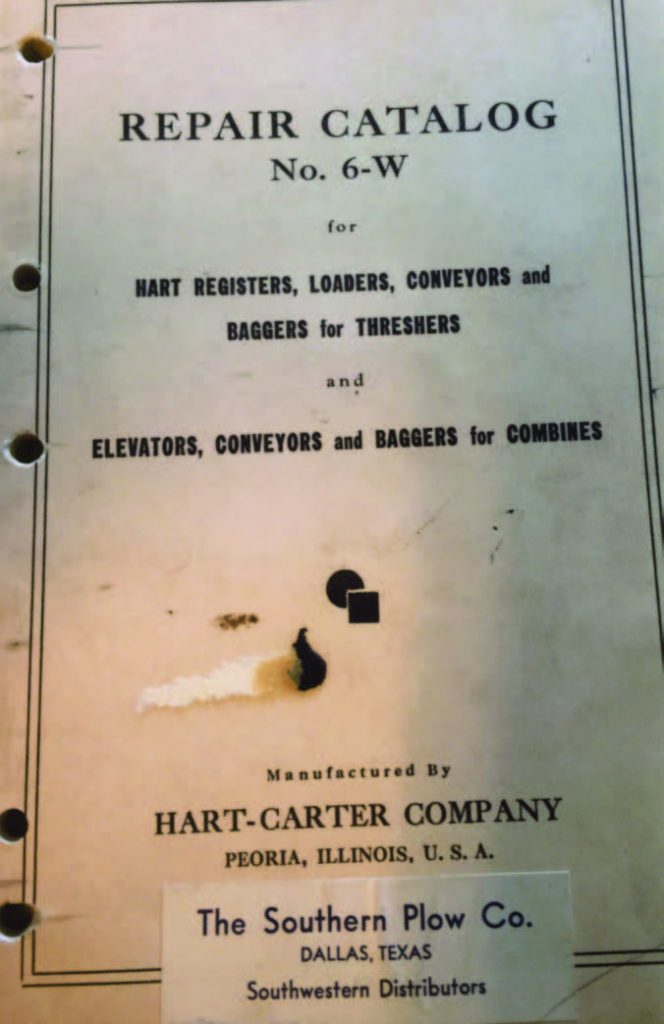 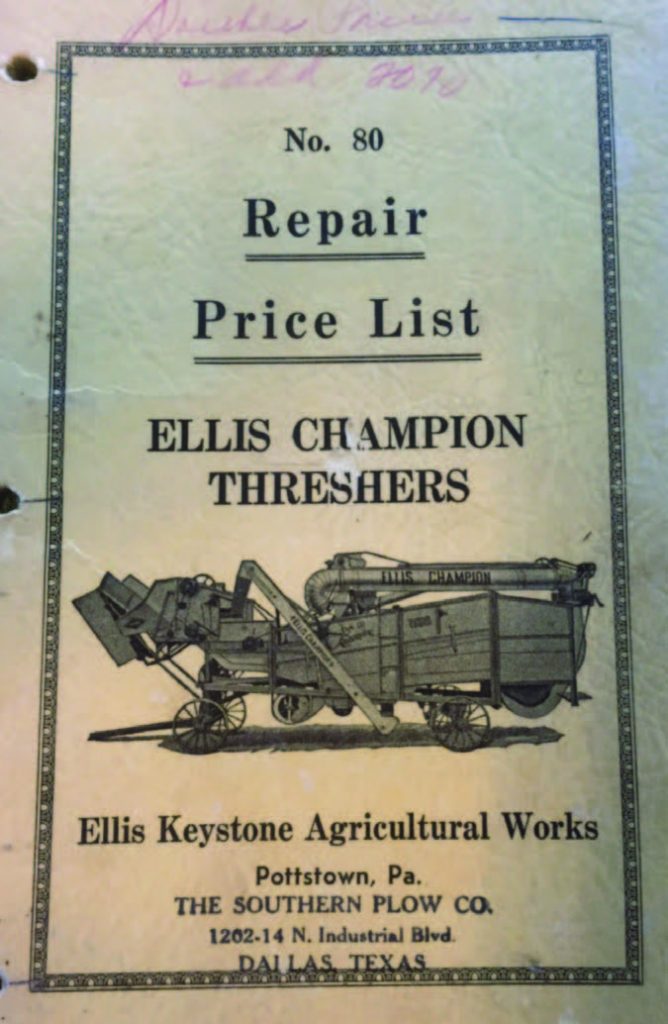 But now I’m also a farmer. On a recently purchased property, we planted wheat last fall. This spring it really rained a lot. I wasn’t sure we would get it out! But we had a dry spell in mid June and got it harvested. I guess now I’m officially a farmer.

Now let’s turn to my “miracles” statement. Last year, two incredible stories unfolded. First in January 2018, Bill Anderson from the Austin, Texas area called me about some more ag related books he found and asked if I wanted them. Of course, I said yes, since Bill had sole me many parts books, manuals, etcetera from his wife’s uncle’s estate sale. So arrangements were made to get them to me. This is when the first miracle started to unfold.

In the large box were Massey- Harris tractor manuals and parts books. I donated these to Jim Eibenshade of Oklahoma, who puts on an antique life field day show in June of every year.

But also in that box were five parts books. These parts books dated to the mid 1940s and wow! They are the oldest pieces of brochures I now own from Southern Plow history. Before this time, the earliest items were from the late 1950s. 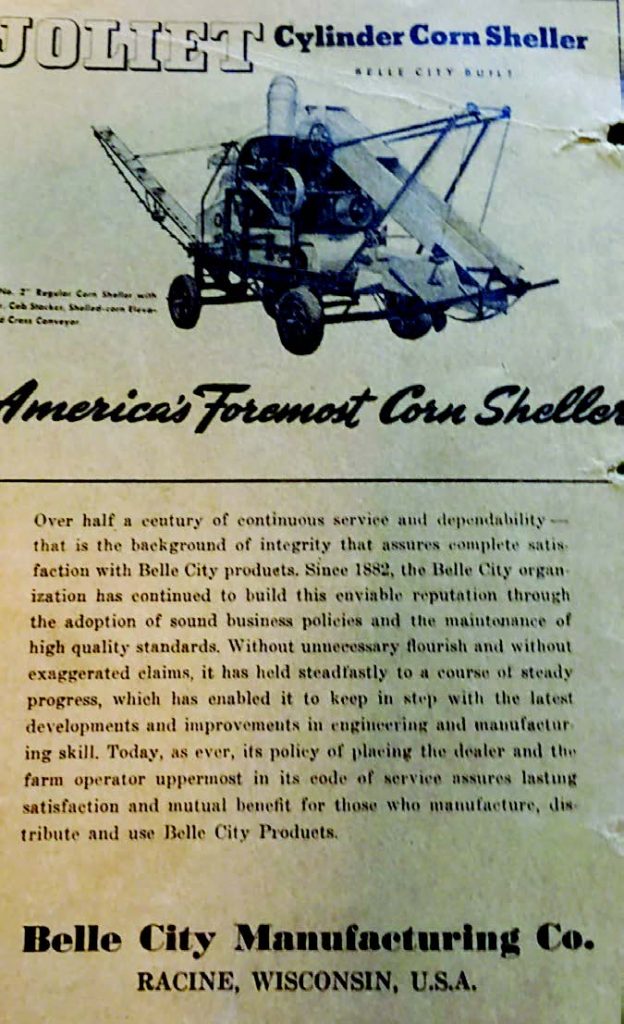 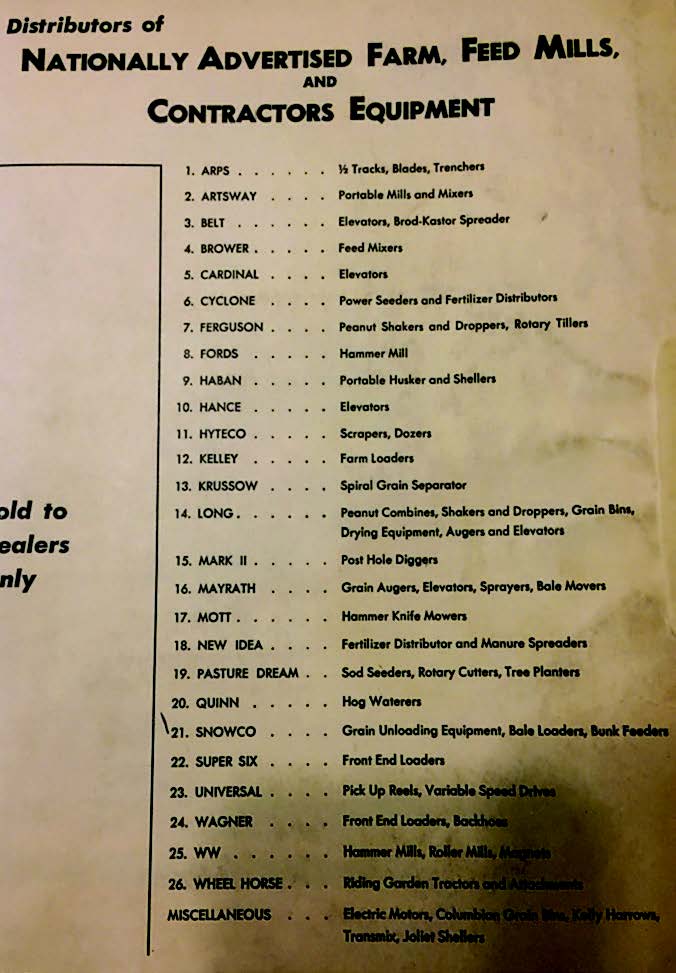 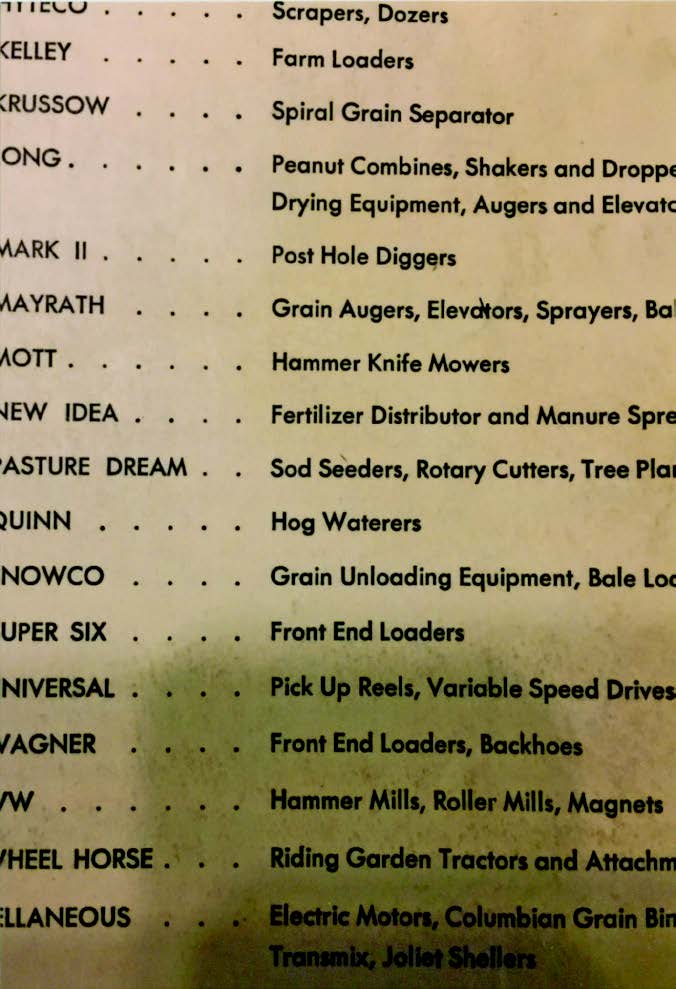 Two weeks later, Lynn Short, a fellow tractor club member, loaned me a film he ordered what at the Half Century of Progress show in 1027. One of the parts books that had a SPCO label was a Joliet corn sheller! The firm Lynn loaned me to watch showed a Joliet sheller! Some of these photos show the Joliet and Ellis Champion threshers, Hart-Carter loaders, conveyors and baggers with a Southern Plow Company stamped label.

Now the second miracle. SPCO sold at any one time many different products. As a teenager in the 1960s, it seemed for years I had thought SPCO was a distributor for Wheel Horse garden tractors. In April of 1917, I had gone by Jaegers Tractor and Implement in Giddings, Texas. I visited there with the owners, who recently sold out to a chain JD dealership. I called on this dealer in the early 1980s and knew them from the early 1970s when I worked at the SPCO warehouse.

The subject of old catalogs came up. They had two! One was a hardbound blue cloth binder (from the 1950s through the early ‘60s) and they had a yellow plastic binder from the 1970s. Guess what—as I glanced at the older binder, in the index was “Wheel Horse riding garden tractors.” So after 57 years, I finally found out SPCO sold Wheel Horse! Another great find.

If someone out there has a Wheel Horse from the early 1960s with a SPCO decal on it, I would love to have a picture of it.

Ending this story, I would like to thank the entire staff and all those who helped at the Grand Island Classic Green show. Thanks, what a show! 2018 was indeed a miracle year for me.

If anyone has any related stories of SPCO, I would like to hear them, especially on the Wheel Horse. Just call or text me: Eugene (Gene) Ashley at 817-909-9003.

Goodbye for now from the Pig Iron Peddler.