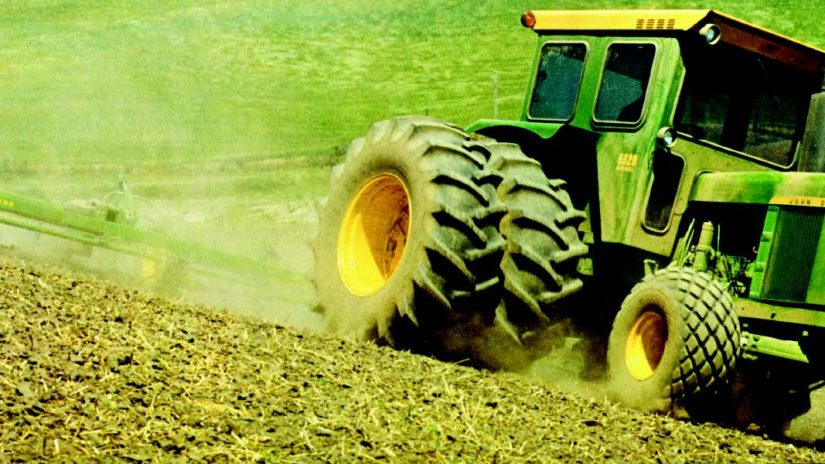 For those of you who have read at least some of my stories over the past 5-1/2 years, you are probably aware that I grew up with plenty of JD green in my blood and also that I am very biased towards Deere, and rather highly opinionated, at least more so that normal people. (Those who know me well also know that normal is not my thing or would I ever want to be!)

Sports fans who have been around long enough to remember Howard Cosell will be able to understand my opinion theory a little better. Several years ago, there were a couple of surveys taken for both favorite and least favorite sport caster; it was no surprise to me that “Howie” won them both! He always “told it like it was,” and I simply modified it for myself to “I tell it like I THINK it was”! Hopefully I’m close to being right more times than wrong.

I was fortunate to grow up on the farm and was close enough to be around my grandparents. Some of my very first memories involved both horses and Grandpa’s 1936 JD “A.” He was very good at the “grandparents’ right” to spoil their grandchildren and I certainly enjoyed it. Fortunately for me, I still have that “A” and thanks to having a much better and more patient wife than I deserve whose brother is much the same, he brought it back to life for us. We still spend a lot of time together and I’ve learned to live with the fact the “A” is in better shape than I am. It seems the faithful old “A” must remember some of the rough treatment from a spoiled brat and doesn’t always start as easy as she used to!

Deere got to be the world leader in agriculture equipment manufacturing by sticking to high quality standards and making very good decisions. To accomplish this, a lot came from having such great leadership through all this time and keeping it in the family for 145 years. Each time there was a change, the new leader was trained and ready to take over. All contributed and continued the tradition while treating their customers and dealer network well and giving them what they wanted as best they could.

As times and conditions change, you need to go with the flow to stay ahead of the competition, which they did well to be the only company to survive all the buyouts, takeovers and mergers. But along with this, many of us who have been around a long time don’t feel comfortable with things we have seen happen later, so my plan is to bring out some of these things, whether they are good, bad or simply indifferent.

Growing up with Deere on the farm was great. However, after high school and spending four years in the Air Force, I was away from it for awhile. I never did lose track altogether as on visits home, I was able to witness the New Generation and beyond as I was doing several different things until I started my John Deere career in 1976. As a truck driver for a busy dealer, I soon became familiar with the equipment, many of Deere employees at other dealerships and many company personnel. A majority of them were farm boys and most were as proud of JD as I was.

Many of the factory people were also part-time farmers with great attitudes and work ethic. After my demotion to salesman, there were many perks with the new equipment introductions and all the conventions and constant training sessions, along with attending classes at the Training Center in Wichita. It was always interesting and entertaining as you met so many other dealer and company employees. With the great attitudes, it was a pleasure to see so many people faithful to the JD company. The territory managers, block men and others were all very dedicated and knowledgeable.

As time went by, many of these things started to slip as it seemed college degrees and probably some exaggerated resumes seemed to become more important than experiences and dedication. To me, the attitude, loyalty to Deere and in general actually caring for the company gradually started dropping in the later ’90s and early 2000s. The meetings and introductions were still great; however, my experiences at the banquets and off duty conversations showed me many of the younger group were showing the previous mentioned changes were increasing. Conversations with many other longtime JD experienced people shared my same thoughts and experiences and were equally concerned.

This time period of noticing the changes seemed to be strongest around the time of the latest change in the JD emblem. Their explanation was sound, showing the deer leaping up and out of the box over the standard four and two legged Deere made sense. Upon more and deeper thinking and other changes, I begin to associate it with the opposite and started viewing it as the “corporate greed” of business in this Great Country was beginning to show up at John Deere. Please forgive me if I am wrong, but I’ll remain loyal to the Deere emblems of the past and separate it in my mind from the new one.

I toured the Dubuque factory at a training session when Deere switched skid steer manufacturing from the new factory they built in Tennessee to Dubuque, Iowa where, according to company personnel, “it should have always been”! I was very impressed with the loyalty shown there, having little to do with the “yellow division” (construction versus the “green division” of agriculture). It was a great experience. I had never realized how much “mostly” friendly competition there was between them. The pride and attitude of the personnel there seemed much stronger than many of the other factories. A large number of them were eligible to retire but liked their jobs so well, they stayed largely because of what they deemed was a large shortage of quality applicants to replace them.

One of the biggest disappointments was at Husker Harvest Days in Grand Island, Nebraska shortly before I retired. I had spent much time volunteering there for several years with other vendors we represented and spent a lot of time at the John Deere exhibits, much. The most common comment was they didn’t really expect them to know the answers to all their questions, but they did expect them to find out for them. This wasn’t done well, in most of their opinions, and carried over to being back at our store where we experienced considerable complaints. Talking to respected company, personnel, we found they were hearing much of the same and were somewhat embarrassed the same as we were. 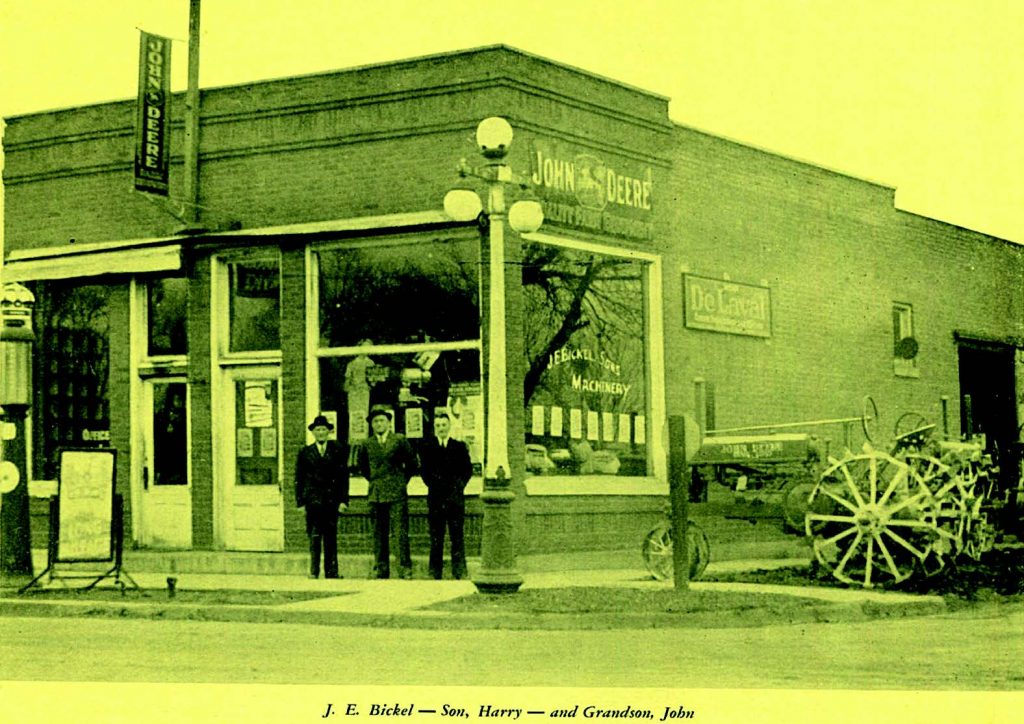 Most of these thoughts are a flashback as I technically retired 15 years ago. I really don’t know what retirement is, so let me simply explain that’s when I started the Social dealerships and with the change to a new owner at the second one. Most of these changes are good overall, but not for everyone. There are many more stories of change I would like to share, so let’s make this a two-parter and finish the final issue with the “rest of my story as I see it.” There are many more good things than bad, but there are always two sides to a story and I feel we should know more of both.

I’ll never give up on John Deere. I will always remember the early years with more favor than the more recent ones, but keep “green”—it’s still the best and always will be.