The Velie Biltwell emerged in late 1916. Velie’s experience as an automobile builder comes through in the lightweight design and sleek profile of their tractor. The engine was completely hooded, which provided some measure of protection from the elements. The operator’s cab was a carry-over from the accepted tractor design of the period. For nearly forty years following, tractor cabs or canopies were virtually unheard of. today, almost every new tractor sports a sophisticated cab. Velie manufactured the 12-24 Biltwell through 1920. The model built from 1917 to the end of production was nearly identical to the 1916 model, except for the redesigned hood and removal of the half-cab. The cutthroat competition existing in the tractor industry at that time was probably the biggest reason that Velie withdrew from the business. 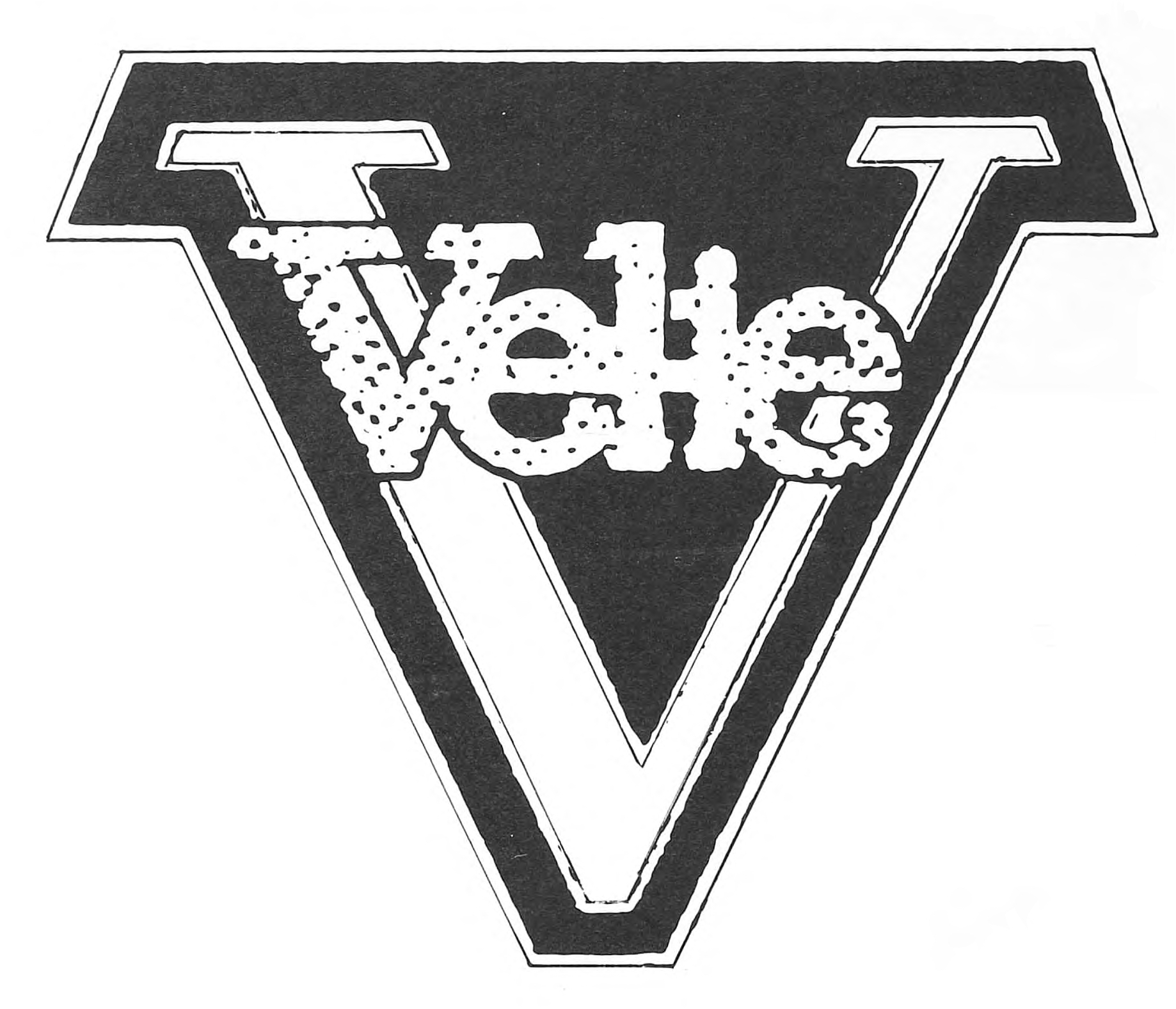 The first Velie industry, the Velie Carriage Company, was established in 1901 by S. H. Velie, Sr. Velie was a grandson of John Deere, and joined the Deere organization after graduating from Yale University. By the time he resigned from Deere & Company, he had become Secretary of that firm. Velie carriages were strictly first-class vehicles. Before very long, they had gained a nationwide reputation for excellence. In 1908, the Velie Motor Vehicle Company was founded for the purpose of building automobiles of exceptional merit,, No expense was spared on modern manufacturing facilities. Velie was among the first users of a four-cylinder engine and was a leader in the design of an enclosed car body. The Velie Engineering Company was incorporated in 1911 to manufacture motor trucks. Many of these were used in the First World War, particularly in France. All of the Velie organizations were merged in 1916 to form the Velie Motors Corporation. From late 1916 up to 1920, Velie entered the tractor business with one model, the 12-24 “Biltwell” It was slightly modified and streamlined in 1917. Although the Biltwell was a high-quality machine, its high price tag made it tough to sell to a public that was enamored with Hanry Ford’s “Detroit Growler” also known as the Fordson. The Fordson was slightly smaller but could be bought for about one-fourth the price of the Velie. With the death of W.L. Velie, Sr on October 24, 1928, the firm decided to discontinue the manufacture of automobiles. Velie Motors had been involved in building aircraft engines for several years, and this industry was then greatly expanded. Five months after the death of his father, Wilard L Velie Jr died. The board of directors of Mono Aircraft Corporation, a Velie concern, voted to dispose of their interests. Lacking the guidance of father and son, the plant gradually ceased to operate. On April 1, 1937, Deere & Company purchased the entire physical property of the Velie firm. On May 13, 1943, a notice of dissolution of the old corporation was filed, closing the book on teh Velie Motors Corporation.

The Old Iron Database is community driven and growing. If you have photos, literature, history, specs, or additional content to share, we invite you to submit using the contibute form and help us build this new world of vintage iron!

Dive into our extensive antique tractor database and research your favorite makes and models.

Show off your collection of antique iron or browse and search the registry.

Buy and sell antique iron in our Old Iron Marketplace.

The social platform where you can connect with fellow collectors and build your own profile.